CULTURE IN A BOX 2

CULTURE IN A BOX 2

The outside was elaborated by the British students and it has some pictures of the English flag, the London Eye, the Parliament or the English Royal Family.

In the inside it contains a telephone box, the Big Ben, a typical black British taxi, the Union Jack flag, The Times newspaper, the map of the London tube, some English postcards, British pounds notes, English music and the theatre play “Macbeth” by Shakespeare.

Together with all this, we received a brief explanation of each item thanks to which we could understand when they are used, why and how.

By means of the activity “Culture in a Box” we have been able to compile Spanish culture in our twelve items and at the same time we have learned British way of life in a better way. 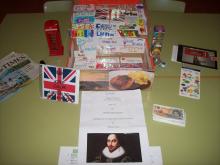 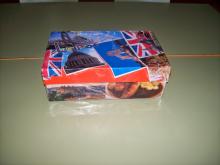 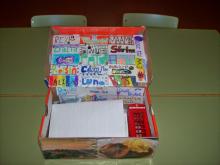 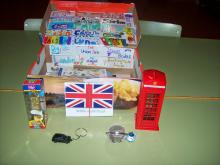 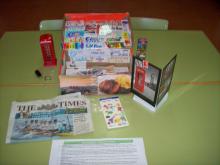